State Fair season may have come to a close for this year, but some news from Michigan and Ohio tells us about something we should know about when we attend these events: swine flu. 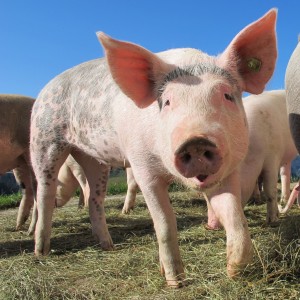 Most of us became familiar with swine flu, or influenza A (H3N2), because of news coverage of outbreaks in 2012. It is called a variant virus, which is when a flu virus normally found in pigs is found in a person.

The US Centers for Disease Control and Prevention (CDC) confirmed variant swine flu viruses in 18 people in August of this year. All who were infected had attended agricultural fairs; 16 of the 18 were children, seven under five years old. Four individuals said they’d passed through a swine barn, and 13 said they’d directly touched or handled a pig. One individual was hospitalized, and all recovered fully.

So what should we know before we go to fairs or zoos? Dr. Greg Poland, director of the Mayo Clinic’s vaccine research group and member of the Infectious Diseases Society of America, says, “Recognize that these animals carry influenza viruses — they’re the source of them — and so appropriate and hygiene is important. Kids need to have their hands washed well.” Particularly after petting an animal, children should not eat until they wash their hands or use sanitizer. Teach kids not to put their hands on their face or in their mouth while at the fair. If your child get sick after the fair or zoo, and does not get better, seek medical attention. Children who are 6 months and older should get annual flu shots, as recommended by the CDC, which helps stop variant viruses from spreading wildly, and also helps decrease the number of new viruses.