With so many kids going back to school, it’s a great time to remind everyone of the importance of washing their hands.

Who better to teach a hand-washing lesson to kids than kids themselves? Let’s see what these kids have to say.

Share the video with kids you know. Help them understand the importance of washing their hands the right way – “The GlitterBug Way.” 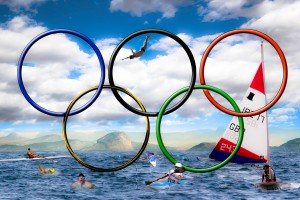 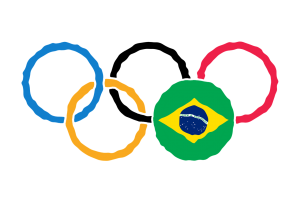 The world’s eyes have been focused on Rio since the Olympic Games opened on August 5. With Brazil having been in the news this year because of a massive Zika outbreak, it’s no surprise many have been concerned for the health of Olympic athletes and spectators alike. Health officials, however, aren’t concerned with a big risk for spread of the virus.

According to the World Health Organization (WHO), the U.S. Centers for Disease Control and Prevention (CDC), and the European Center for Disease Prevention and Control (ECDC), Zika is classified as ‘low risk’ among health concerns surrounding the Olympics. It’s winter in Brazil, so mosquitoes (whose bites are believed to be the primary method Zika spreads) aren’t as much of a concern as they would be in warmer months. Additionally, with authorities working to kill off and control mosquito populations, the number of new cases recorded has steadily declined for months.

Meanwhile, influenza is listed as being ‘high risk,’ as it’s flu season in Brazil. John McConnell, editor of Lancet Infectious Diseases, said, “People are much more likely to go home carrying flu than Zika virus, and flu is a much more dangerous disease.” With all the press coverage about Zika it’s important to remember that in the United States, Zika has killed one person, whereas the flu kills more than 30,000 people each year.

The best way to avoid the flu, aside from getting a flu vaccine, is to practice good health habits such as thorough and frequent hand washing. Proper hand hygiene remains one of the best ways to protect yourself and your family from getting sick.

Here’s to all the Olympic athletes and spectators who will soon be traveling to their homes from Rio! We hope you had a memorable time, and we hope you remember to wash your hands!

Having clean hands is always important, but using soap and water isn’t always practical. In hospital and other patient care situations, as health care workers move from one patient to another, a soap-and-water washing doesn’t always contribute to overall time-effectiveness.

Hand sanitizer (also referred to as alcohol-based handrub) is a well-researched, efficacious product which is considered to fulfill the highest standards of safety in regards to infection prevention. Its creation and widespread availability has revolutionized modern hand hygiene practices.

If you use hand sanitizer, GlitterBug Gel is a great product for you. It teaches and evaluates the effectiveness of how hand sanitizer is applied. It looks and feels like sanitizer, and though it’s 60% alcohol, it doesn’t kill germs. Simply apply as you would regular hand sanitizer, and check under the light. Any glowing areas on your hands indicate a thorough application of sanitizer.

Watch this quick video to see how it’s done:


Use GlitterBug Gel to help you see how well your hand sanitizer is working.

Good handwashing technique is paramount to infection prevention. Most adults would likely say they know how to wash their hands; after all, it’s something they’ve been doing since childhood. Many might be surprised, however, to find out how much residue can be left on their skin after a routine washing. And though it can feel awkward to think about having to learn how to wash your hands—especially as an adult—doing so can make a world of difference in preventing the spread of germs. 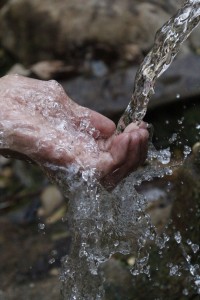 GlitterBug Gel and GlitterBug Potion are excellent products to aid in teaching proper hand hygiene to kids and adults alike. Both are intended to show how effective your current hand-cleaning methods are, and in turn, both products teach better techniques for hand-washing.

If both products do the same thing, what are the differences between the two? And which do you need?

A main difference can be found in the name of the products. GlitterBug Gel is just that: a gel. It is not a sanitizer and won’t kill germs, but it feels like a sanitizer. GlitterBug Potion is a hand lotion with a special UV fluorescent powder mixed in to show which part of your hands need a little more cleaning.

Which product you need depends on how you’re cleaning your hands. If you mainly use hand sanitizer, you should use GlitterBug Gel. If you usually wash with soap and water, GlitterBug Potion is for you.
Whichever way you wash your hands, a refresher on how you’re doing is a great way to learn how to be better in preventing the spread of germs.