Many adults would likely say they know how to wash their hands; after all, it’s something they’ve been doing since they were kids.

Most of these same adults would say children need to learn how to properly wash their hands.

But how do you make it fun for everyone, while preventing the spread of germs?

So, now you have made it fun. But how can you tell if it was effective?

GlitterBug Gel and GlitterBug Potion are excellent products to aid in teaching proper hand hygiene to kids and adults alike.

Both are intended to show how effective your current hand-cleaning methods are, and in turn, both products teach better techniques for hand-washing.

Which product you need depends on how you’re cleaning your hands. If you mainly use hand sanitizer, you should use GlitterBug Gel. If you usually wash with soap and water, GlitterBug Potion is for you.

So have fun—and be clean!

Do you have any other fun ideas on hand hygiene? Please comment below!

We’ve all seen been there.

We’ve just washed our hands in a public restroom, and we are scratching our heads (figuratively, of course, as our hands are still wet) because we have two options for drying our hands: an air dryer or a paper towel dispenser.

Which is better? And why?

This is a great question. The most hygenic way to dry hands has been a controversial area in the realm of hand washing.

For a long time, it was believed that hand dryers were the most hygienic means of drying hands (since it doesn’t require touching anything). However, the University of Westminster conducted a study in 2008 that suggests using paper towels could actually be more hygienic!

Basically, the study showed that the air produced by the dryers could actually be spreading micro-bacteria!

(It should be noted that the study was sponsored by the European Tissue Symposium (ETS), a trade body representing 90 percent of Europe’s tissue industry, however. You can read more about it HERE.)

So, how do you prefer to dry your hands, and why? Let us know in the comments below!

Travel is a part of life. Some travel out of necessity for work, others for enjoyment, relaxation, or adventure. Whatever your reasons for traveling might be, we can all agree that unexpected interruptions can make for stressful situations of what would have otherwise been a pleasant experience. 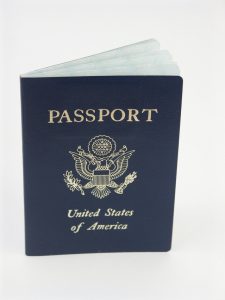 While some of what happens while traveling is out of our hands, there are steps we can take to prepare for a seamless trip. Planning ahead can save money and stress. Travel insurance can provide peace of mind. Bringing along a pillow or book can provide the comfort or distraction you seek. And because getting sick while traveling can be miserable, make sure to pay attention to the cleanliness around you.

Avoiding germs during air travel might seem impossible when you consider how many people are spending a few hours together in an enclosed space. You never know who around you might be sick, or the health of the people who just took a flight in what is now your seat. Research has shown the spots to be aware of are the seatback tray table, the seatback pocket, the seatbelt buckles, and the overhead air vent. Marvin M. Lipman, M.D., Consumer Reports’ chief medical adviser, recommends using alcohol-based wipes on each of those surfaces before touching them. He also recommends washing your hands frequently with clean, hot water and soap (which may be more feasible in the airport rather than on the plane).

Whether you’re making plans for spring break or looking ahead to a summer family reunion, make sure to do everything you can to stop germs from traveling with you. Pack the wipes, pack the hand sanitizer, and plan for clean-up stops in restrooms along the way.

**For a quick refresher course on the most-effective way to use hand sanitizer, see our 45-second video about GlitterBug Gel.