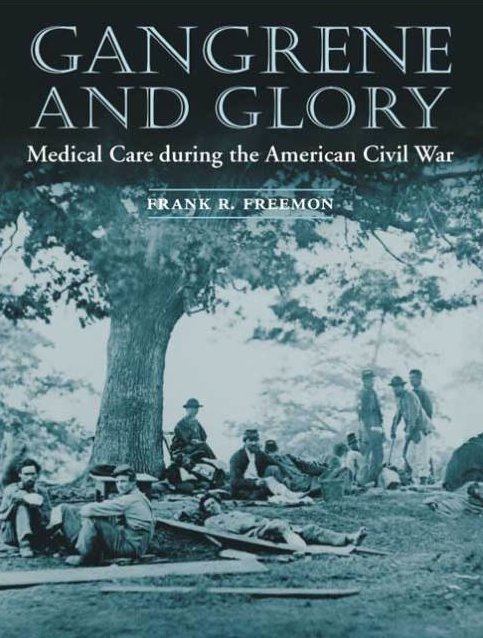 I have found very few good books on Civil War medicine. One of the better ones is “Gangrene and Glory” by Frank Freemon (1998). With an MD and a doctorate in American History, Freemon fills in many of the blanks. In the last post I mentioned that battlefield amputations were often done with only a shot of whiskey for anesthesia. While whiskey was ubiquitous and available, both armies supposedly had access to ether and/or chloroform.

“Ether frolics” were popular entertainments during the 1830s. Traveling lecturers dispensed diethyl ether to any audience member who wanted to test its mind-altering effects, which were similar to those of nitrous oxide.

William Edward Clarke (1819-1898) participated in these events. When he became a medical student, he administered ether to a Miss Hobbie to assist in a dental extraction, thereby establishing himself as the first to use an inhaled anesthetic for a surgical procedure.

In 1842 Crawford Long (1815-1878) used ether before removing a neck tumor from a James Venable. Later he used ether for limb amputations. A hospital in Atlanta is named after him and is now a part of Emory University.

In 1847 Scottish obstetrician James Young Simpson (1811-1870) used chloroform for general anesthesia. Chloroform became very popular thereafter at least partly because it was non-flammable, but its popularity waned after its toxicity to heart and liver was discovered.

During the Civil War (now there’s an oxymoron!) those dripping ether or chloroform had little, if any, training. But they did have one advantage I suppose—if the patient died on the table they always had the excuse that it was because of their battle injuries and not their incompetent anesthetist. Under those primitive conditions it is a miracle that any patient survived. Yet thousands did.

With luck, the patient developed “laudable pus” instead of gas gangrene. Infection was expected, and if it was just staph the patient was considered well on the road to recovery (of course, in those days they didn’t know staph from staff). So that was the staph of life? How times have changed! 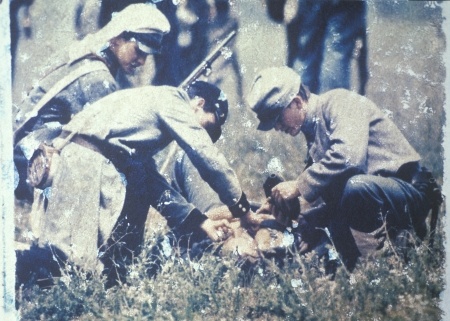 On April 29, I had a right half-knee arthroplasty. The procedure was done with epidural anesthesia and some additional propofol. I requested a minimal dose of the latter so that I could be more or less awake during the procedure — which happened — and I remember hearing the electric saw doing its thing and also apparently a mallet and chisel. The procedure went smoothly and with dozens of people taking care of me in the hospital, and several more from home health care, I am making a good recovery ahead of schedule.

What a contrast from Civil War medicine! If you have ever been to a Civil War battlefield, you may have seen what passed for a hospital then. At the Battle of Bull Run I believe it was a little one-room schoolhouse that was pressed into service by the Union army. The “service” consisted mainly of a surgeon with a saw who knew how to separate limbs from injured soldiers. Anesthesia was a stiff shot of whiskey and some helpers to hold the screaming patient immobile.

How the patient was sewed up didn’t attract much attention in the few books on the subject, but the suturing and dressing had to have been pretty primitive. If the patient was lucky, he was transferred to an “ambulance” for a very bumpy trip back to Washington or wherever and a “respectable” hospital. Pictures show some of these hospitals to have been large tents with hundreds of bunks lined up cheek by jowl.

How anyone could have survived this level of care boggles the bean, but thousands did from all accounts. The alternative to surgery they learned early, was likely to be gas gangrene with certain death. Why this nasty bacterial infection? Those noxious Clostridium spore formers lived largely in the guts of horses. And horses — the engines of the Civil War — were ubiquitous. They contaminated the soil and the soil contaminated soldiers.

I once did an autopsy on a case of gas gangrene. The man had been kicked on the shin by a horse with an injury that just barely broke the skin. When crepitation was first detected around the knee, a hindquarter amputation was performed immediately. The patient still showed up in the morgue a couple of days later. Makes one a believer in the power of Clostridium.

So, how did those survivors survive? They must have been some tough dudes!

There’s an interesting audio quiz and history lesson on the Public Radio International website about first responders and the Civil War. Have a listen here.