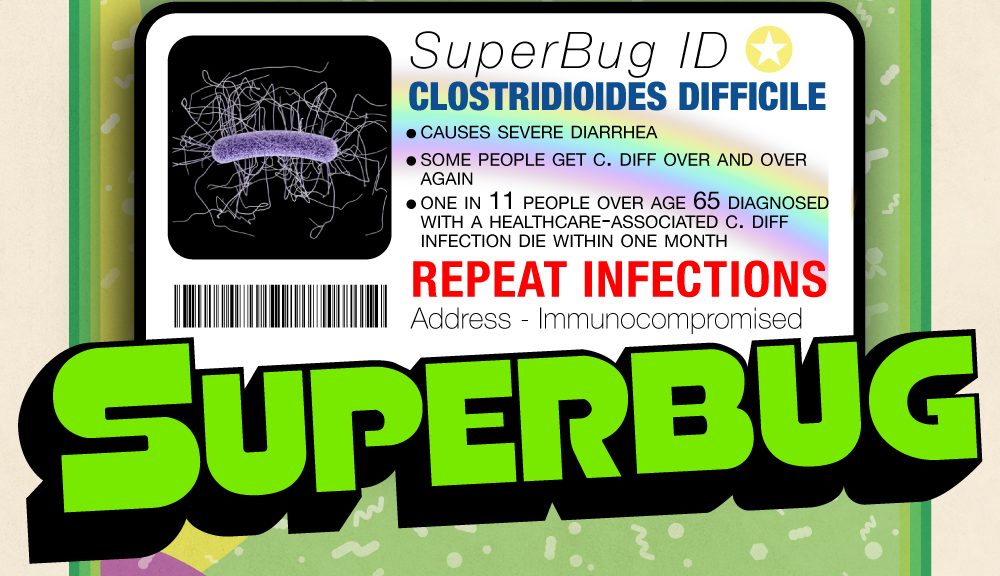 C. diff used to go by the moniker Clostridium difficile. Now it has been upgraded to Clostridioides difficile because the gurus in charge of nomenclature have to justify their existence. Of course the bug itself is unaware of the name change and so it just goes on producing colitis and diarrhea especially in guts that have been made susceptible by prior treatment with antibiotics that suppress the normal flora. C. diff is uncommon in the general population (about 3%) but likes to hang around hospitals where maybe 30% of patients are inhabited by this critter. Metronidazole and vancomycin have been used as treatments but the bug may become part of the normal flora and subject the person to repeat bouts of diarrhea.

Elimination of this bug from the environment is a challenge because it forms spores that are resistant to the usual alcohol antiseptics. Physical removal by good hand washing procedures is effective but who knows how to wash their hands? (Brevis can help!)

Incidentally, the rest the Clostridium family consists of a bunch of bad actors that cause such delightful conditions as botulism, tetanus, and gas gangrene, a particular scourge of Civil War battlefield injuries that led to early amputations of injured limbs. Seems Clostridium perfrinens and related bugs were in the guts of horses and horse were ubiquitous on the battlefield. (I once had an autopsy on a man who was kicked by a horse in his leg. In a matter of hours, doctors noticed crepitation around the wound. Within a couple more hours they had performed a hindquarter amputation – disarticulation of the hip – but it was not soon enough and in several more hours he was in the morgue. Several years later my wife and I did a 5 day backpack trip from north to south across the Uinta mountains. On the final day we were hiking down a rough trail that thad been heavily traveled and damaged by horse packers. I warned my wife to be careful and not fall. Which she promptly did. Her knee hit a rock producing a superficial abrasion that drew a little blood. When we got down to the town of Roosevelt, I insisted Lee go to the local hospital where I knew the doctor. Terry thought I was being a little melodramatic but the autopsy had definitely focused my attention.)