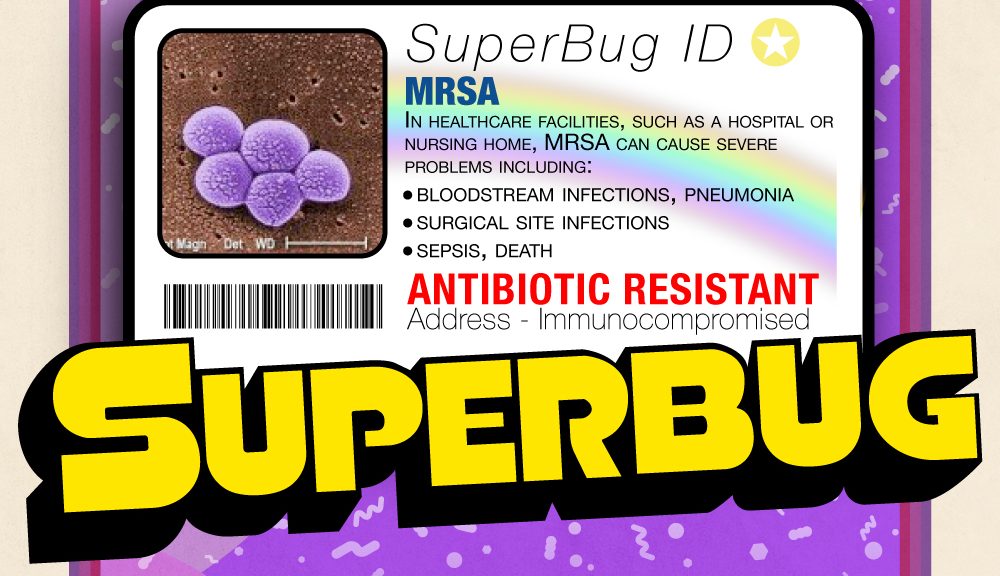 Methicillin resistant Staphylococcus aureus may always have been with us. It appears to be a genetic variant whose origins are unknown. But ever since those intrepid Brits, Fleming and Florey, discovered that some microorganisms may produce substances that inhibit the growth of other organisms, we have become dependent on these miraculous substances to treat all our infections. So far, so good. But Penicillium notatum probably never intended to be the savior of mankind. Furthermore, P. notatum is not the best critter to produce significant quantities of the magic substance.

In the Sept 2021 Scientific American there is a little item about the related P. rubens. Fleming discovered penicillin in 1928 and its usefulness was appreciated by the beginning of World War II. How to ramp up production? Here is the story as told by Jim Daley in the article on page 22:

Andrew Moyer, a microbiologist there [Peoria, Ill], took on the problem. Moyer’s fellow researcher Mary Hunt found a moldy cantaloupe at a Peoria market and brought it to the lab for analysis. . . .As was the case with many women conducting research in that era, Hunt’s contribution to the discovery and study of that mold – which turned out to be Penicillium rubens – was diminished at the time. Moyer’s 1944 publication on P. rubens mentions Hunt only in the paper’s acknowledgments, and the press referred to her as “Moldy Mary.” P, rubens could better tolerate a new fermentation process that let it quickly produce hundreds of times more penicillin than previously studied strains, which let the Allies massively scale up antibiotic production. The same strain is still used to manufacture penicillin today.

Clean Up the Staph Button

But what does this have to do with MRSA? As the susceptible strains of Staph aureus have been killed off, the resistant strains that have maybe always been lurking around in small numbers have been allowed to flourish. Hence the search for modifications of penicillin that would still be effective. Methicillin has been the last candidate in the congregation to do the job. When bugs resistant to it showed up, we were in trouble. Which we still are. Especially since MRSA has an increased incidence in hospitals. What that means is that it is especially important to practice excellent hygiene procedures such as surface disinfection and frequent, good handwashing. Guess what. Brevis can help.