An outbreak of Shigellosis in Michigan has caused state and county health officials to call on the Centers for Disease Control and Prevention (CDC) for help. 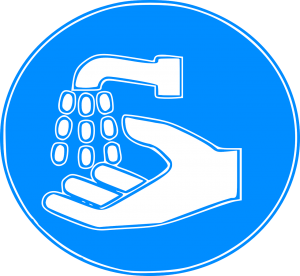 Shigellosis is a highly contagious gastrointestinal disease caused by a group of bacteria called Shigella (shih-GEHL-uh). It’s transmitted by consuming food, water, or other beverages contaminated with as little as a microscopic amount of contaminated fecal matter. Most people infected experience diarrhea, fever, and stomach cramps, usually lasting five to seven days.

In Michigan’s Genesee and Saginaw counties, 177 cases were reported between March 1 and October 26. At least 27 have been hospitalized, and no related deaths have been reported so far. Many are suspicious of the tainted city water supply in Flint as being linked to the outbreak.

To help prevent the spread of this disease, public health officials recommend thorough and frequent handwashing.

Genesee County Health Division Director Suzanne Cupal explains, “Some germs like Shigella only take a small amount to make you ill. This in an opportunity to remind everyone that handwashing should be a healthy habit you practice every day. It’s critical after you’ve diapered, used the bathroom, and before you cook food. We want everyone to make handwashing a healthy habit that everybody does regularly. Use soap, and rub hands together for at least 20 seconds. The friction with the foam is what’s getting the bacteria off your hands.” Cupal also directed that any hand sanitizer used should contain at least 60% alcohol.

Wondering what some of the biggest offenders are for spreading germs? Check out this video: