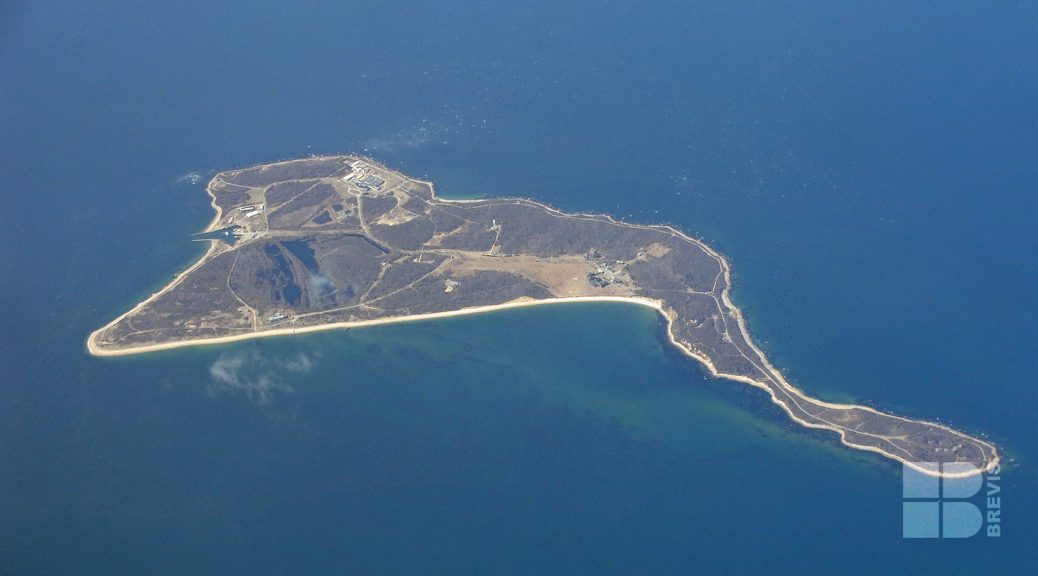 If history is correct, there was a day when there were plum trees on Plum Island. But the history of Plum Island is so convoluted that it is hard to say. Anyway, it got its name and who really cares how.

Some years ago a good friend, Jay Dirksen, PhD, (pharmacology and bionucleonics) said that I might enjoy Nelson DeMille’s book “Plum Island.” Although I love good fiction, I’m always frustrated by not knowing how much is based on fact and how much is made up. Although I grew up in Queens, Long Island, I had never heard of Plum Island and had trouble believing much of what DeMille described.

An internet search led me to a book by Michael Christopher Carroll called “Lab 257, The Disturbing Story of the Government’s Secret Plum Island Germ Laboratory” (2004). In this factual account I learned that essentially everything that DeMille said about Plum Island was true and that the story of Plum Island is frightening in the extreme. Or at least should be.

Plum Island is an 840 acre island that is only a mile away from the north fork at the eastern end of Long Island. It has a long and unremarkable history going back to when it was owned by native Americans. Whites took over before the Spanish American War and the military built the large Fort Terry there and also a lighthouse.

With the military still in charge after World War II, the story becomes more interesting. The military imported a Nazi scientist, Dr Erich Traub, through Operation Paperclip, to be a founding father of a biological warfare laboratory on Plum Island. Traub had worked for the Nazis (reporting to Heinrich Himmler) in the arena of biological warfare. When the USDA took over management of Plum in 1954, it was ostensibly to do research on diseases that could be a threat to domestic animals – cattle, horses, sheep, chickens, etc. Such diseases as foot and mouth disease and many others. But the dividing line between research to protect domestic livestock and to disable the same (of an enemy) is blurry.

While Carroll’s book well describes all that has been wrong with the operation of the Plum Island Animal Disease Center, the more encyclopedic history of the island from its earliest days called “A World Unto Itself, The
Remarkable History of Plum Island, New York” by Bramson, Fleming and Folk (2014) takes a less histrionic viewpoint and describes some of the scientific discoveries that were developed by PIADC scientists under the direction of Drs. Maurice Shahan, Jerry Callis, Roger Breeze and others.

Nevertheless, the history of Plum Island has enough mystery associated with it to have generated a plethora of fantastic fables, urban legends, conspiracy theories or whatever. Such as the Montauk Monster or that Lyme Disease was actually invented on Plum Island and released on an unsuspecting public.

Plum Island operates at a BS-3 level, some would say at an enhanced BS-3 level that approaches BS-4, the highest level. There are BS-4 labs at Fort Detrick, MD and at CDC in the Atlanta area. BS-4 means that the disease being studied is very serious in its potential to harm humans – usually deadly – and there is no vaccine or reliable treatment. It requires the researcher to wear a fully enclosed space suit connected to a hose that keeps positive pressure inside the suit. Strict protocols are observed with decontamination before exit from the suit and return to outside clothing. It was hoped by the Plum Island scientists that such a lab could be built on the Island but this did not happen.

Which reminds me of an experience I had many years ago here in Salt Lake City. At the time I was chairman of the Environmental Health Committee of the Utah State Medical Association. I was no longer in the practice of pathology, but I continued to pay my dues so that I could be on this committee. (My interest at the time was in trying to influence legislation to restrict smoking in public places.) One of the other members of the committee (Dr. Buchi?) said that he had heard that there were plans to build a BS-4 lab at the Dugway Proving Ground southwest of Salt Lake City. With the previous history of the Skull Valley sheep kill of 1968 (where several thousand sheep were killed, apparently from VX nerve gas that drifted east from Dugway during a test, it seemed to our committee that building a BS-4 lab upwind from Salt Lake City was undesirable. We strenuously opposed the plan and the lab was never built. But I’m not sure there was a cause and effect relationship to our opposition.

Dugway is to Utah what Area 51 is to Nevada. Secrecy prevails. However, I had a tenuous connection to Dugway when I was at CDC’s lab in Savannah. When I was engaged in the malathion study in the Federal Correctional Institution in Tallahassee, Florida, I used a micro method for determining serum cholinesterase activity that was developed by a scientist at Dugway. (I get a kick out of watching the expressions on people’s faces when I mention that I was in a Federal Prison in Florida.)

Well, I have wandered a ways away from Plum Island Animal Disease Center in New York to Utah and Nevada and then down to Georgia and Florida. But that is the prerogative of old men so perhaps I can be forgiven. (Are you familiar with “The Story of the Old Ram” by Mark Twain? You should be. )

Happy Meanderings! (But I don’t recommend going to Plum Island in search of plums. Unless you want the deadly variety.)